In the early 1950’s Pastor Ben Schwarz, a relieving minister at the Portland Lutheran church, spoke of the importance of ‘Feeding God’s lambs’ through a Christian School. It was 20 years later when Pastor Schwarz again spoke of the idea of establishing a Lutheran School in Portland, this time the dream took hold.

The congregation appointed a committee and in late 1974, the congregation purchased land in Must Street. In 1975 St John’s Church established the ‘Feed My Lambs Fund’. In 1977, Mr Bert Porte passed away and donated a substantial contribution that enabled the congregation to proceed establishing a school debt-free.

In 1978, the land in Must Street was deemed unsuitable to develop a school. Through the generosity of Mr Vic Mibus, the congregation was offered 10 acres of prime land in Trangmar Street. The Must Street block was sold as the reality of a school created excitement within the church.

In 1978, a selected congregational committee agreed that a Lutheran School will commence in 1980. This decision ignited a lot of activity and many hours were devoted to fundraising, clearing the land, building plans and preparing the site for the first demountable classroom.

Since that first day of operation in 1980, St John’s has continued to be a community-based Lutheran school. 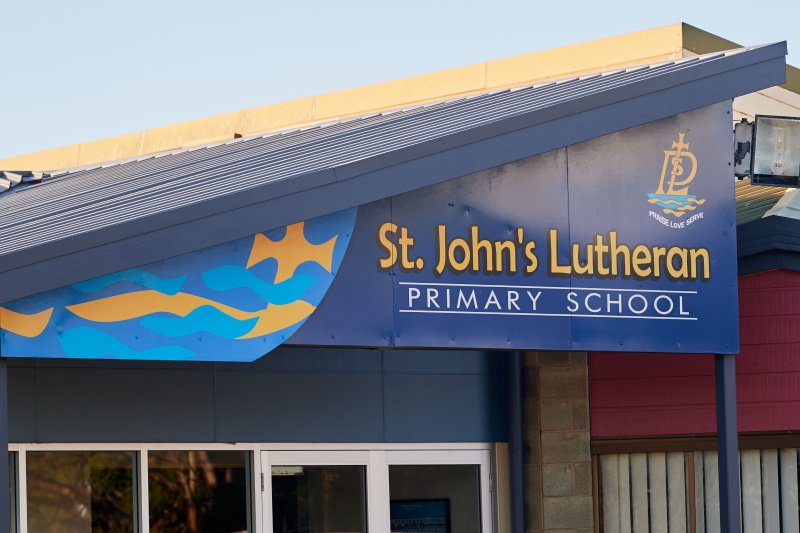